A helpful pictogram on the wall at the Toronto Island Ferry Docks, in case you’re not sure how to flush

Cube-shaped urinals (cubinals?) each with a tap & a hose to flush it with, at Sungei Wang Plaza in Kuala Lumpur 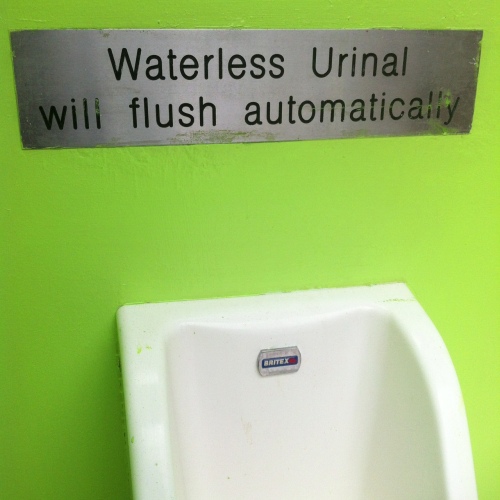 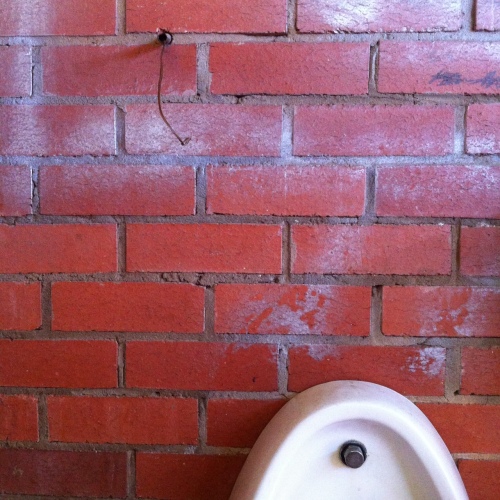 The Manildra public toilets don’t have flush buttons, nor chains, but a wire and rope instead