Dan from Toilography went to Ravenswood, North Queensland, and saw a classic Aussie thunderbox outside an historic miner’s site. Take a tour of the town’s attractions, pubs & toilets, and you’ll even get to meet Woodie, a true Aussie character! 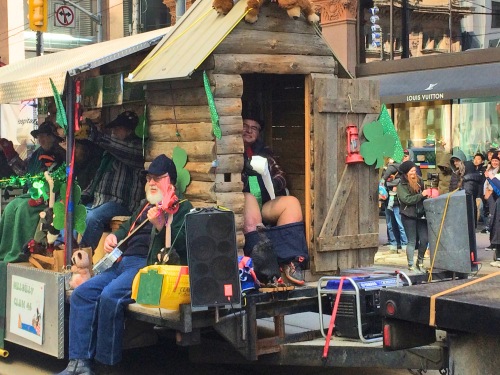 An historic house from the 1760’s that stood in Ipswich, Massachusetts, was taken apart in 1963 and reassembled in the museum, thanks to a group of concerned residents who didn’t want to see such a beautiful old structure go to waste. A three-part shed was added onto the house in the 1800’s, including this outhouse which remained in use until 1946:

Elsewhere in the museum I spied some more American toilet history in the form of this elaborate ceramic bowl circa 1900:

The first stop on my eastern Canadian roadtrip was this composting toilet at Hopewell Rocks, NB, the site of the world’s highest tide

Here’s a different one! So my brother works for the railways in western Queensland and for my birthday he took this pic of a ‘train line shitta’ 😄 Best birthday photo ever, thanks bro! 🚽🚂💨 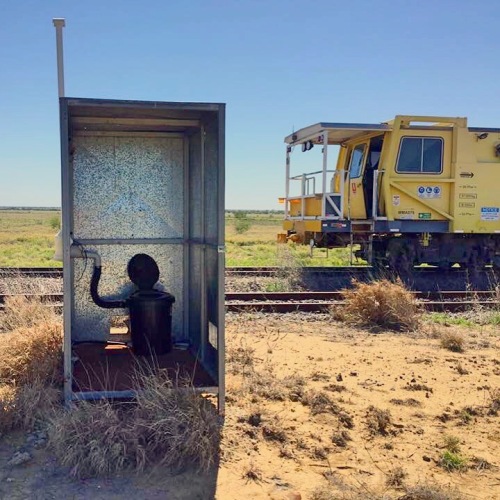 I had a couple of hours to spare in Dallas on my return flight from Australia to Canada, so I decided to leave the airport and check out the Farmers Branch Historical Park, as a kind Redditor had informed me of a century-old outhouse located beside the old school building.

About a 20 minutes drive from the airport, the park is set on 27 acres of ground and beautifully preserves the rich history of the Farmers Branch area. And indeed – right next to the school building (constructed in 1900) was the outhouse, just as described. It’s not in use any more but it sure stands proud in representing the lavatorial simplicity of yesteryear. 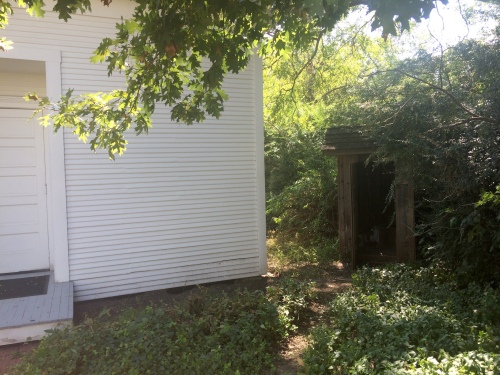 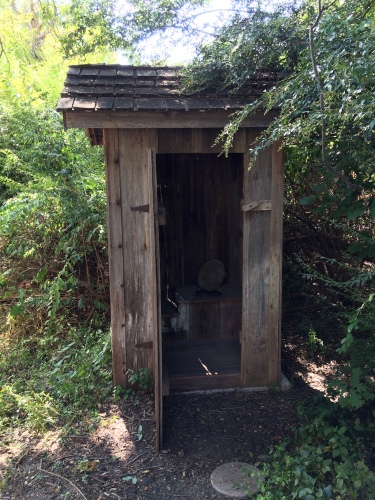 Welcome to Ravenswood, North Queensland. Located around a 130km drive from Townsville, this once-bustling gold mining town today boasts an official population of merely 191. I visited with my parents on this gloriously warm & sunny day; we had lunch at one of its two pubs before taking a quick look around its dusty rural roads. A visit to the Historic Miner’s Home from 1868 left me with some photos of this amazing old outhouse:

Here’s a view of the whole site; the outhouse is at the back right of the frame: 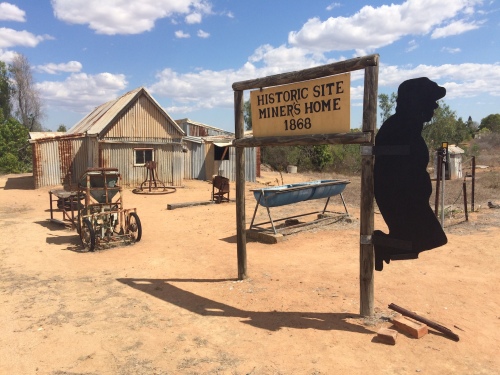 I’d previously visited Ravenswood around 5 years beforehand and also took a couple of pics of the outhouse – this was before Toilography even existed! It was a little less dry back then:

It’s well worth a visit to Ravenswood if you’re ever in the area for a true laid-back, ghost town experience. 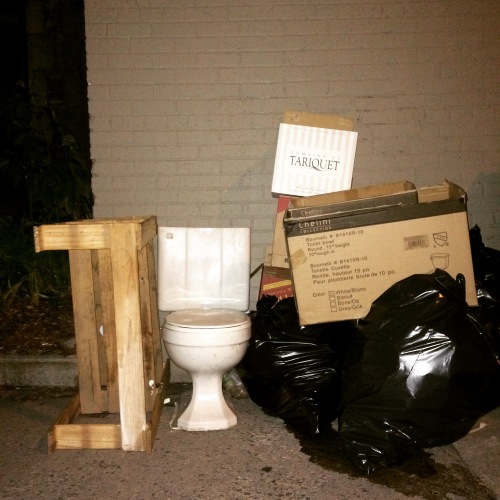 An outhouse at Parc Doncaster

Just west of the small Quebec township of Sainte-Adele lies the gorgeous Parc de la Rivière Doncaster, where we hiked a snowy trail for nearly three hours. Along the way we passed by this rest stop. It doesn’t flush – you need to use a bucket of dirt instead: 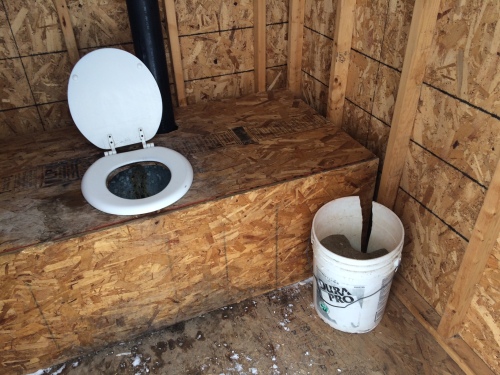 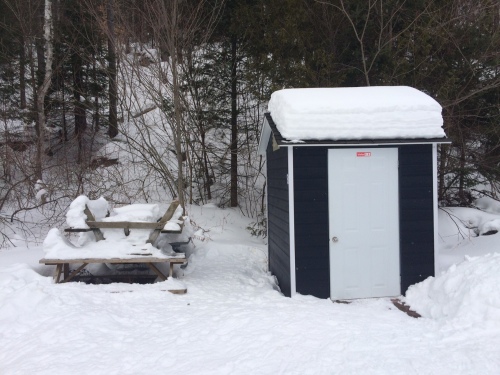 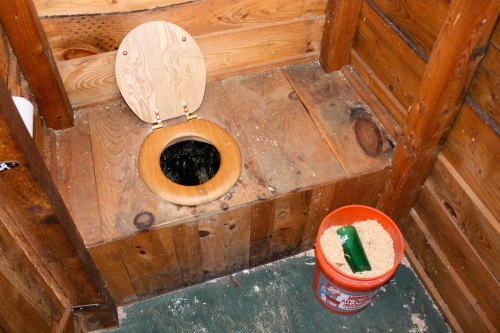 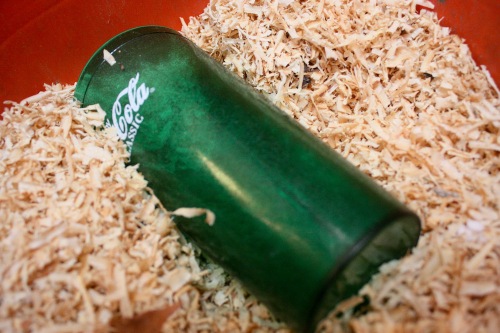 A snowy outhouse with a bucket of sawdust at the top of the picturesque Hubbard Park in Montpelier, Vermont