Before I left for my trip to Japan last month, I sent out a tweet to my lovely followers advising them of such, and warning of an upcoming influx of photos of bidets and other such crazy Japanese loos. One of the replies I received caught my attention: a fellow toilograper asked if I could perhaps locate the game/toilet hybrid system that was recently released in the Japanese market.

I was intrigued. All I had to go by was a link to this blog & video, but it didn’t take long to find it was developed by Sega and dubbed the Toylet. It’s one of a number of interactive urinal systems currently in production around the world, and offers a choice of four games that measures the strength of the flow and volume into the urinal to determine the outcome.

After some research I soon found that the Toylet was currently on display at the Joypolis, the hi-tech Sega-owned theme park on Odaiba Island in Tokyo. I couldn’t help but pay Joypolis a visit on my final day in Japan to see the elusive Toylet for myself, and I was suitably impressed when I walked into the mens: 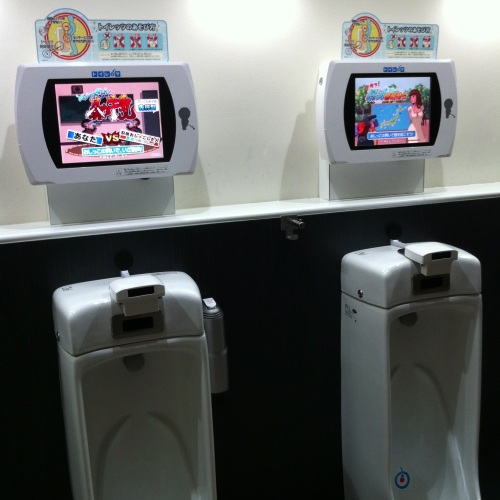 Two urinals side by side, both fit with the Toylet 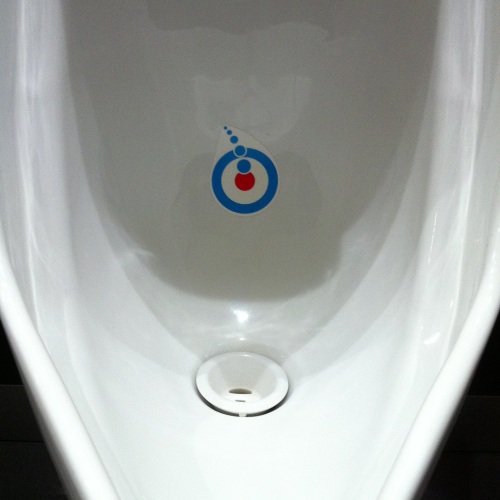 The sensor target that you’re supposed to aim for 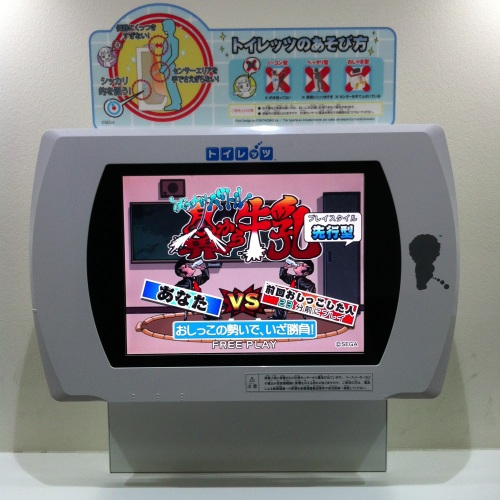 Interspersed with advertisements, the screen lights up with the game as soon as it senses the urinal is in use 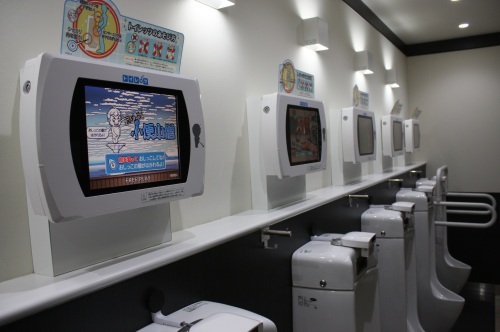 A rather impressive line of Sega Toylets 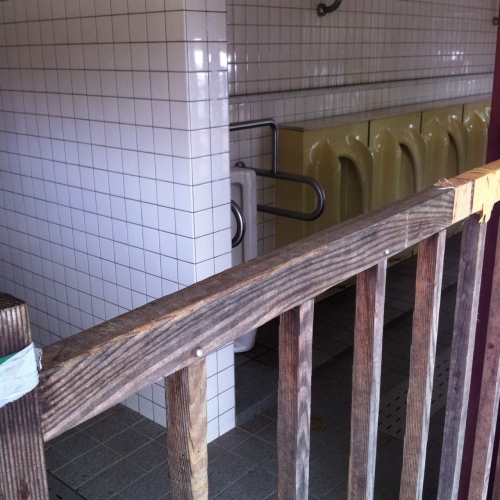 A wooden barrier to stop the deer from getting in at Nara Park in Japan, which is inhabited by hundreds of freely-roaming deer 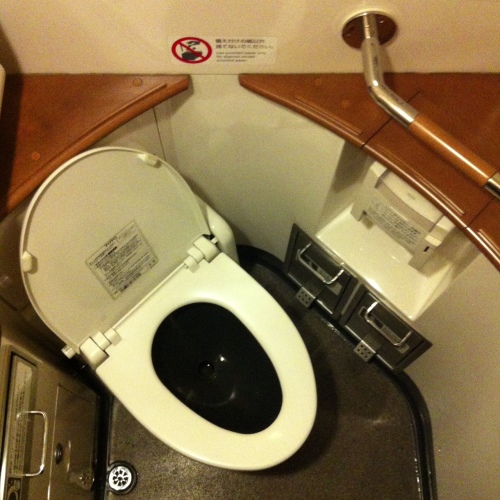 A toilet cubicle onboard the Shinkansen (bullet train) from Kumamoto to Hiroshima, travelling at a mere 245 km / hour 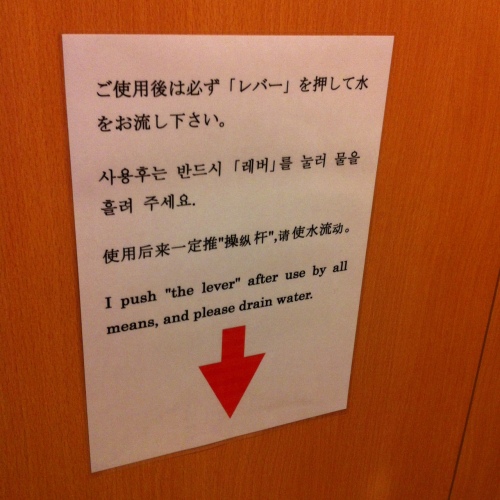 A Japanese/English translation that I found humourous by all means, in this public loo near the top of Mt Aso in Japan 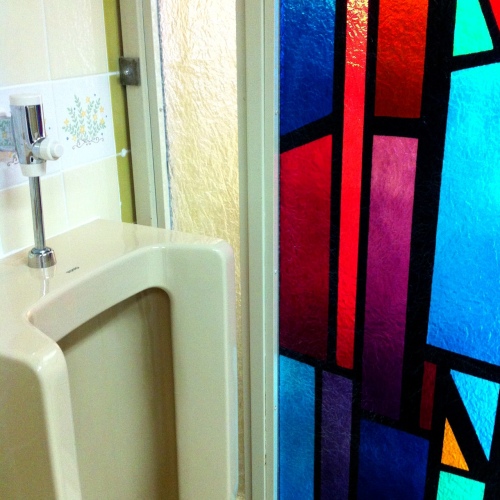 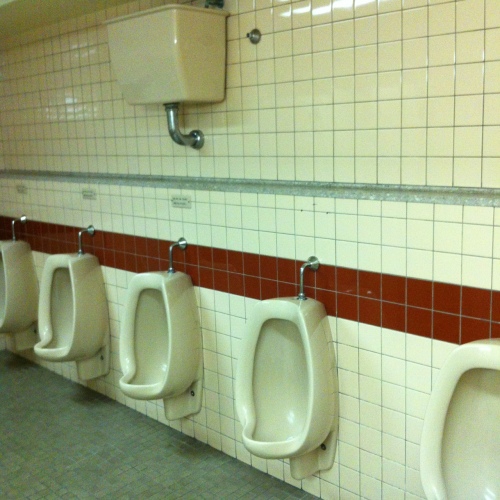 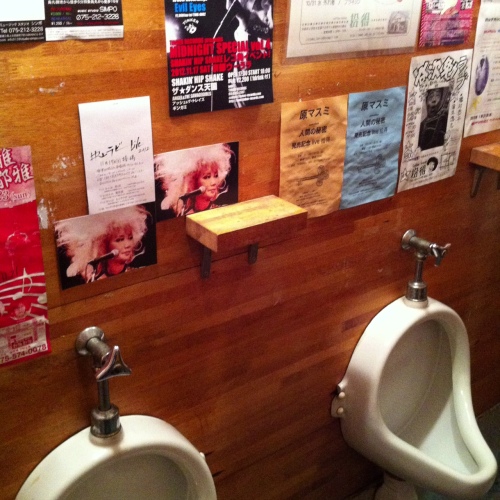 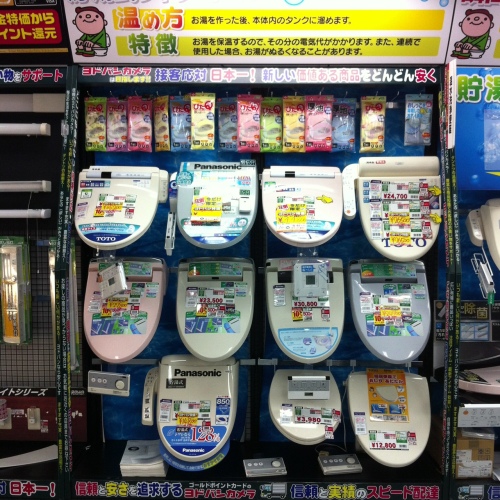 Bidet toilet seats for sale at Yodobashi Camera department store in Kyoto. The most expensive one was ¥65,200 (roughly AUD $790).