One of Toilography’s favourite restaurants in Montreal is Mozza Pâtes et Passions. This was my third visit in just as many years – I keep returning not only for their open & experimental take on Italian cuisine (where else can you get linguine with porto & goats cheese on the menu?) but for the ultimate dessert: the famous DISCO TOILET!! 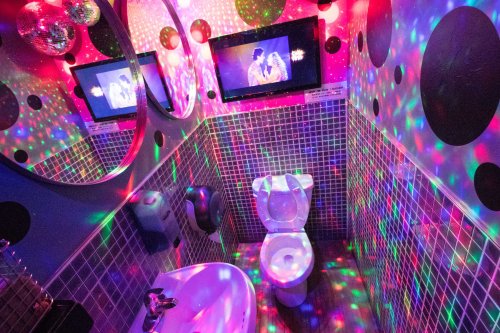 The awesome disco toilet at Otto’s Bierhalle by Queen & Dovercourt in Toronto. I love that they kept with the disco toilet theme here at the Bierhalle, just like they have at their restaurant in Kensington Market, Otto’s Berlin Doner.

Here are the other disco toilets at Otto’s Berlin Doner!

Mirror urinal at the Finkenkrug

It was my final night in Germany after spending the past three days with official Toilography model, Arne. We ended our toilet tour at the Finkenkrug in Duisburg which has 222 beers on their menu and this amazing urinal that is actually a mirror. When you stand on the platform a disco ball turns on & lights up the restroom: 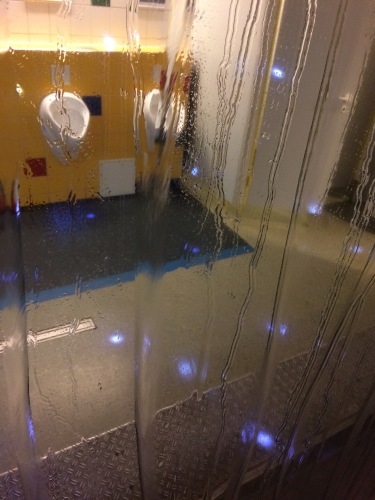 Not only that, but there were separate urinals on the opposite side for bier, schnaps & wein and a basin for the kompost! Germans are so organized 🙂

It wasn’t long ago that Otto’s Berlin Doner opened in Kensington Market. I’d heard word from a few people that it was worth visiting for the restroom alone. I’ve since been a couple of times and aside from the great German fare, I was very happy to see their disco toilet

This was from my first visit (which happened to be the second disco toilet I’d seen in Canada after Restaurant Mozza in Montreal):

And I went back a few months later where I realized there was a second disco toilet stall next door:

Press the red button! A return visit to Otto's Berlin Doner in my beloved Kensington Market

Just across from Place des Festivals in downtown Montreal is a charming little venue called Anticafe, an open-concept cafe full of eccentric decor and pieces of art. I was so happy to find a disco toilet here. 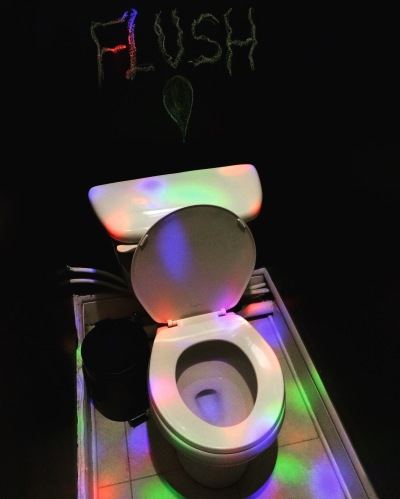 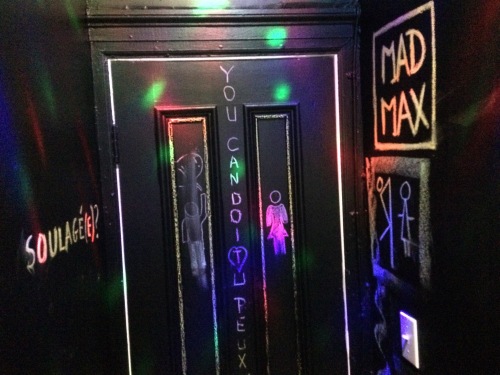 Spanning a number of blocks along Saint Catherine East in Montreal is The Village, famed for its LGBT-friendly strip of bars, nightclubs and restaurants.

I visited the rather elegant Restaurant Mozza Pâtes & Passions along said strip and was very impressed to discover this disco toilet, complete with a playlist featuring 80’s gold such as Cyndi Lauper, Abba and Sylvester.

This is toilet art at its finest! 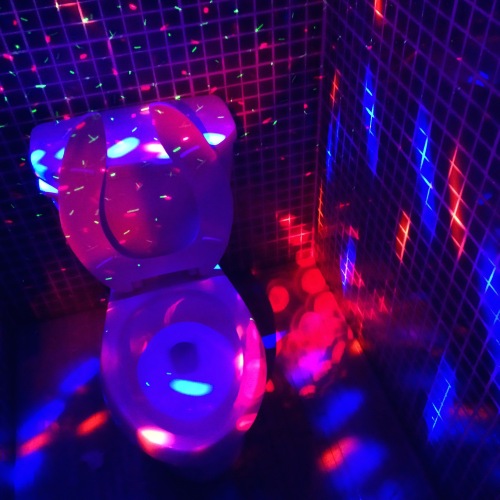 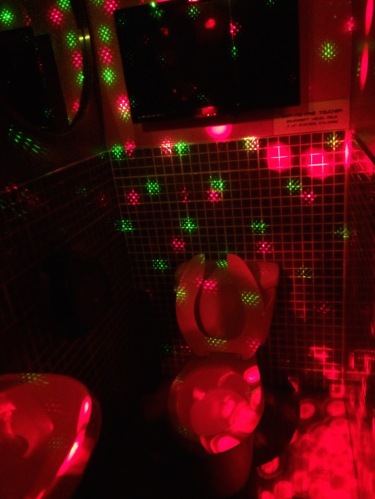 And in case you feel like dancing along to some Abba, here’s a short video I took inside this very welcoming washroom:

Big thanks to the community at Reddit for suggesting this as one of Montreal’s most impressive washrooms.