Happy World Toilet Day everyone! Earlier in the year I visited Suzhou, China’s 16th most populated city. I spent some time wandering around its charming alleyways and chanced upon some very interesting latrines which weren’t exactly the pinnacle of cleanliness.

Hopefully this video helps highlight in a small way just how different sanitary conditions can be in developing countries compared to the relative luxury faced in the western world. There’s also a little shoutout to the World Toilet Organization at the end of the video who do a wonderful job at spreading the word on the global sanitation crisis. Please learn about and support them in any way you can! 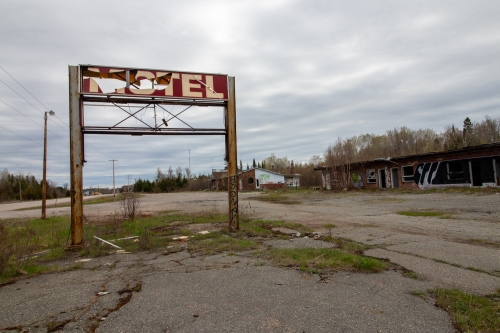 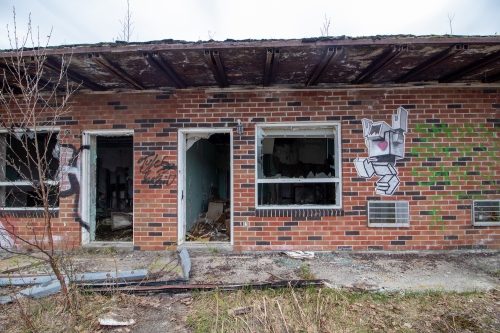 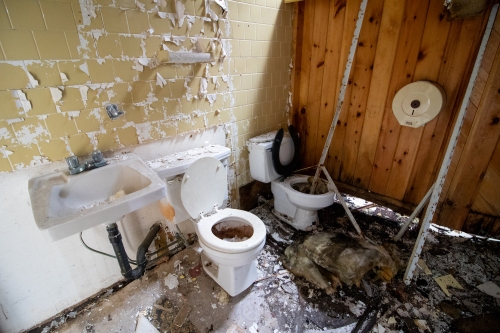 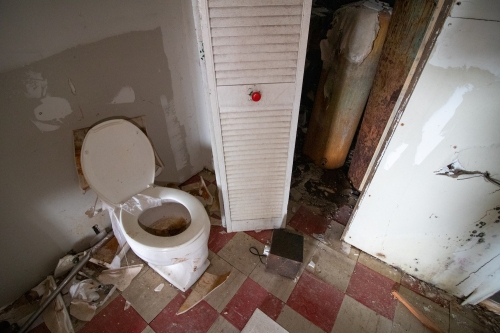 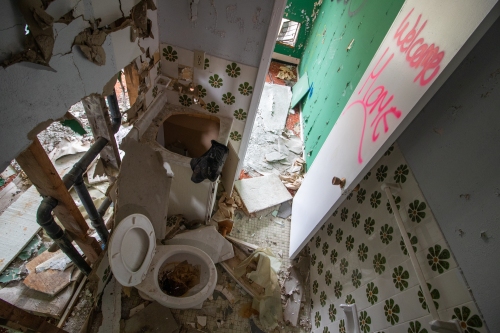 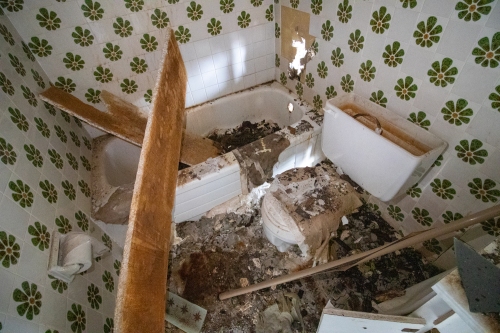 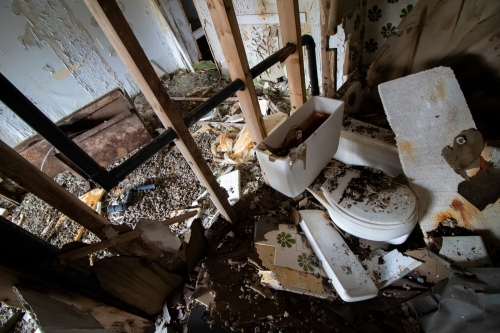 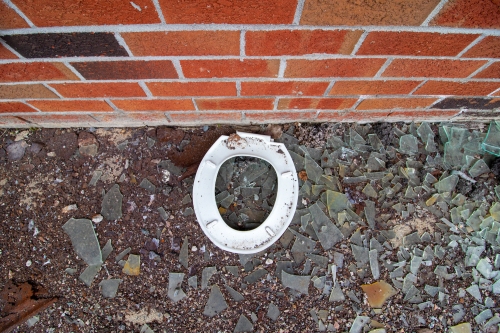 Lack of sanitation in Suzhou

Warning, this post may be a little graphic for some.

Today I was in Suzhou, about 100km west of Shanghai. I diverted off the beaten track to walk around some laneways when I chanced upon not one but two local-style latrines. I must say up until today I’d been pretty impressed with the availability and cleanliness of public toilets during my time in China so far but seeing the reality of sanitation in less-touristic areas really puts things into perspective.

The first one I came across was a facility along an alley that ran east of the beautiful Pingjiang pedestrian area. I’d been getting lost in the pathways that wound between the densely-built houses when I noticed this room which easily could have been mistaken for a garage: 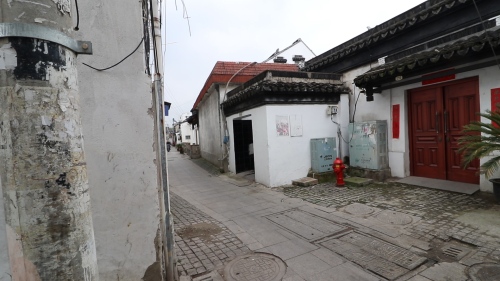 It turned out of course to be a public restroom, but very different to any I’d seen before. It was open & highly exposed with barely any privacy, no stalls and no basin: merely a tiled wall to urinate on and a hole in the ground for solid waste. 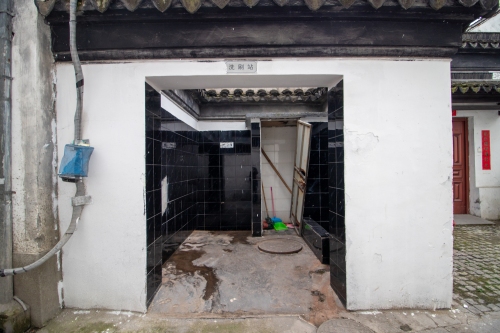 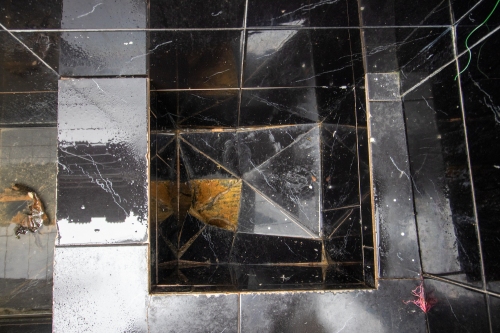 I admit it took me quite by surprise to stumble across a facility with such lack of sanitation, yet so close to an area frequented by tourists who had access to a plethora of modern, clean restrooms.

Later that day I was walking around the Nanmen Market, a highly localized and seemingly non-touristic area where fish, meat and other such produce could be procured. This gives you an idea of the type of area I’m talking about – the cleanliness isn’t quite at the level you’d expect to see at a western market: 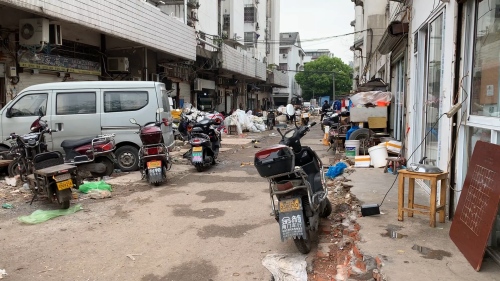 I’d followed the signs to a public restroom a block or two north of the market which was clean and well-maintained, but on my return I noticed a short, dark, foul-smelling alleyway teeming with empty crates which workers were frequenting, within the same building as the market. Curiosity got the better of me so I followed it down to find the entrance to yet another local-style latrine. This time, two trenches on either end of the room were separated by concrete dividers. This is where market workers would go about their business, facing outwards while squatting.

Similarly to the restroom I’d seen earlier in the day, there was no basin. There was a hose, however, which at least suggested running water was available; presumably the waste would be manually flushed away at some stage throughout the day. 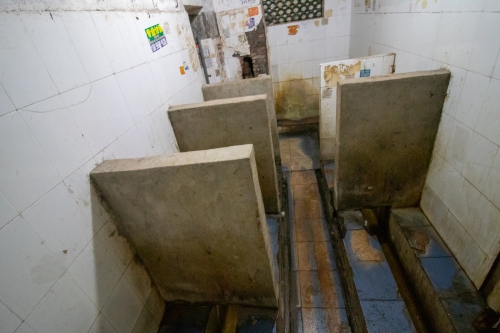 As eye-opening as these two restrooms were for me, one of them did seem to have access to running water and both offered a modicum (to say the very least) of privacy. I’m certain there are others out there in worse condition than this. Sanitation – or lack thereof – is definitely something I’d like to explore more through this lil photo project of mine in the future.

As fun and crazy as it is to find the artistic & elegant toilets there is a serious side to it too!

During my quest to source a list of interesting restrooms across Shanghai, I came across an establishment simply named C’s Bar. It’s a university pub southwest of the city centre and as a fan of dirty, gritty, graffiti-covered dive bars, I must say this was one of the best I’ve ever been to. Get a load of these filthy restrooms: 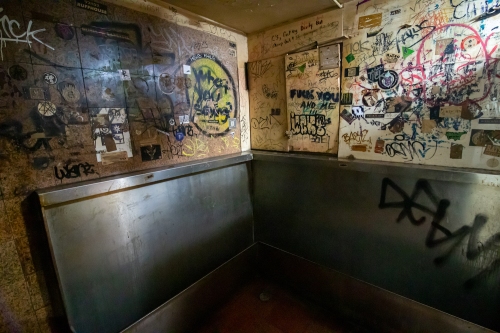 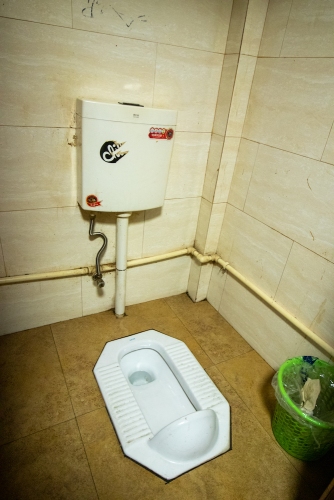 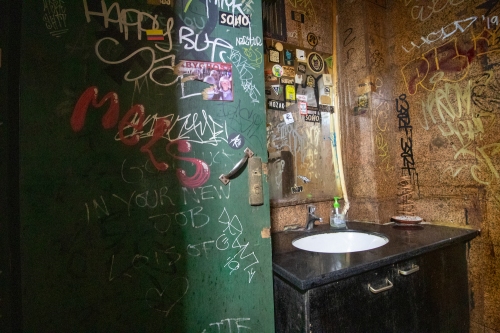 Here’s a gallery of pics from around the rest of the bar to give you an idea of how it looked. I visited on a quiet night with only 5-6 people in attendance which gave me the perfect opportunity to explore its dark, tainted hallways. 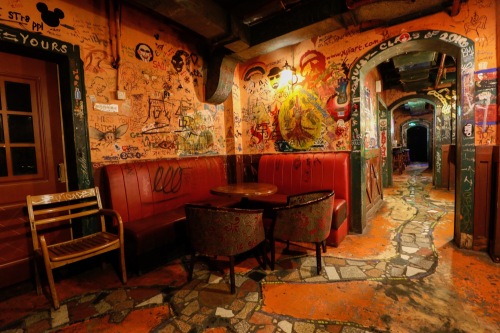 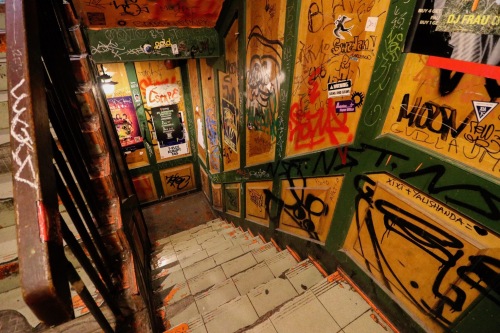 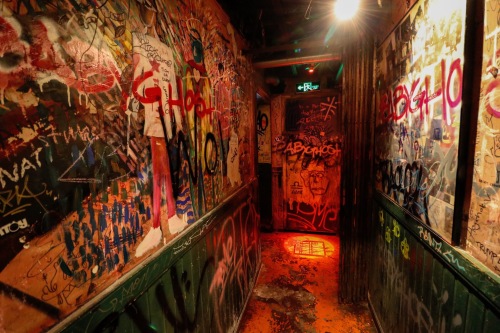 Just down the street from the hostel I stayed at on Shanghai’s Yunnan South Road was this construction site, complete with toilet at the canvassed entry. I’m pretty sure it was only used as a garbage bin and not as an actual toilet. 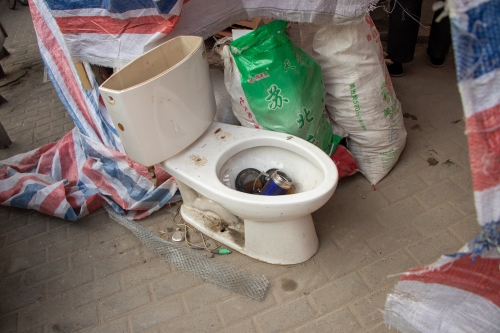 The video of my adventure to the Qianyue building in Taiwan last year has just been published!

For more details and photos about this incredible site see my previous blog post here: https://toilography.com/2018/03/18/the-abandoned-qianyue-building/

I stumbled across this super sketchy abandoned building at the back of Parque Metropolitano Guangüiltagua in Quito; of course the first thing that came to mind was ‘I wonder if there’s a toilet here?’ Well folks, I’m elated to report there was! 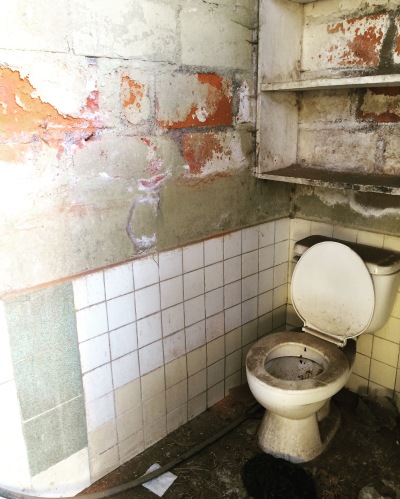 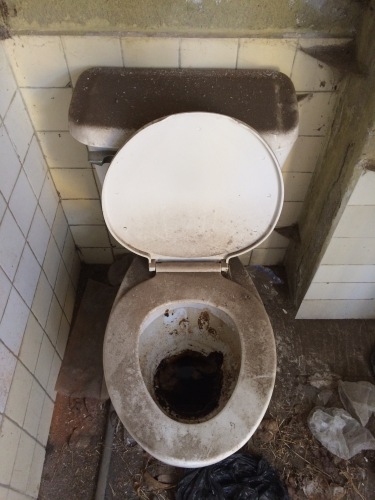 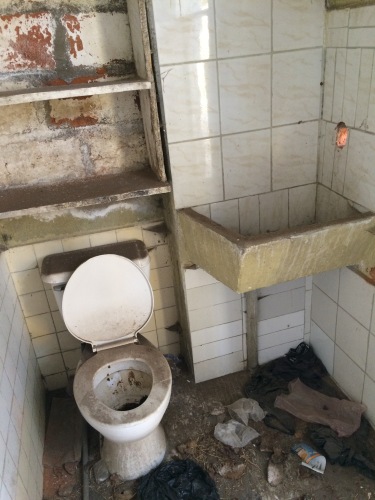 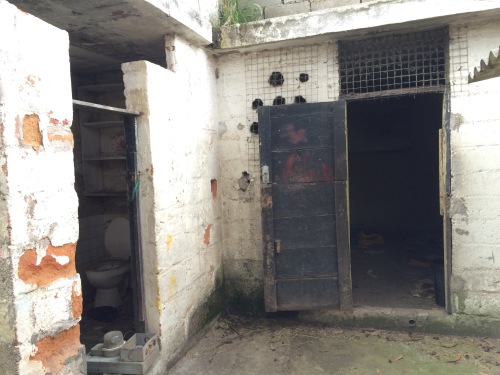 You may know that today is World Toilet Day, a day to raise awareness for those who don’t have access to satisfactory sanitation!

Back in 2009, well before Instagram or Toilography was ever a thing, I spent 2 (amazing) weeks travelling through Egypt. I took a pic of this restroom which was the lone toilet shared among a Nubian village, on the western bank of the Nile just outside Aswan. Thankfully they were equipped with the porcelain fitting and running water but there are millions of people out there whose conditions are even worse.

If you’re interested, visit the folks at @un_water or worldtoiletday.info for initiatives and ideas on what can be done to help raise awareness. Happy WTD, everyone!!

The Lord’s Prayer at Bon’s

A cheap but filling brunch at the graffiti-laden Bon’s Off Broadway in Vancouver.

The Lord’s Prayer was written on the washroom walls; many sins have been flushed down these toilets.

Toilet with an office

Victory Square in Vancouver wins two prizes: 1. for being the sketchiest underground restroom in probably all of Canada, and 2. for being the only toilet block I’ve ever seen with an office