It might not be the most interesting loo to look at, but it’s a pretty cool concept. MEC in downtown Winnipeg has a composting toilet on their second floor, the contents of which is collected in the floor below and used as fertilizer.

I’ve since found out MEC has a Green Buildings initiative, of which the Winnipeg outlet was the first retail building in the country to comply with a national standard of reducing energy consumption by 50%. The composting toilet is of course part of this initiative. Good stuff!! 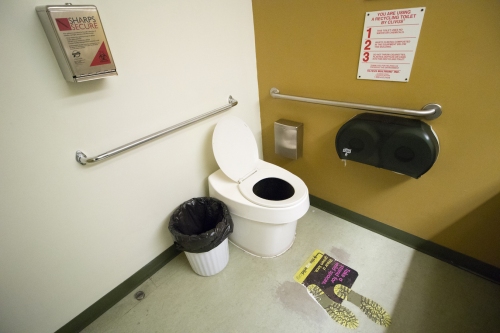 On the way out of Hecla Island I spotted a trail at the side of the road which led to a wildlife viewing platform.

And here, ladies & gentlemen, is where I stubbed across the most peaceful setting for a loo in a long time, certainly in all of my Manitoban travels and maybe even in the past year or two of toilet tourism altogether. Isn’t this such a peaceful place in the bush to go about your business? 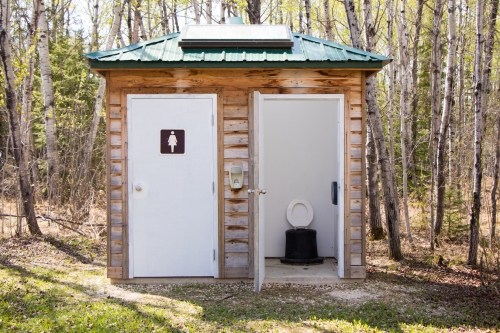 Some bonus photos of the viewing platform itself (I saw no wildlife aside from some mosquito kinda things) and a nearby lake:

On the Sunday I took a drive about 2 hours north of Winnipeg to the Hecla Provincial Park. It’s a beautiful little peninsula that extends out into Lake Winnipeg, with pleasant roads, trails, fishing, scenery and opportunities to see Manitoba wildlife up close & personal.

Drop toilets featured prominently across the park, I guess because of the limited plumbing & electricity service. I stopped briefly in Hecla Village and found this tidy-on-the-outside but messy-on-the-inside drop toilet by the fishing pier: 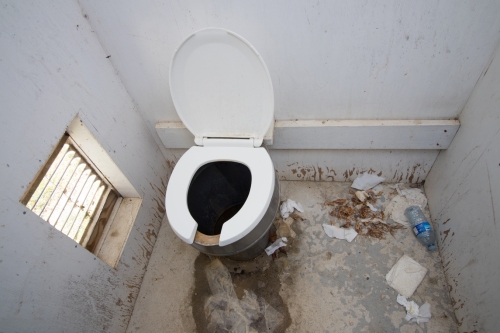 A little up from the pier was this beautiful & secluded old church next to a graveyard. Note the drop toilets at the back of the cemetery, next to the red shed: 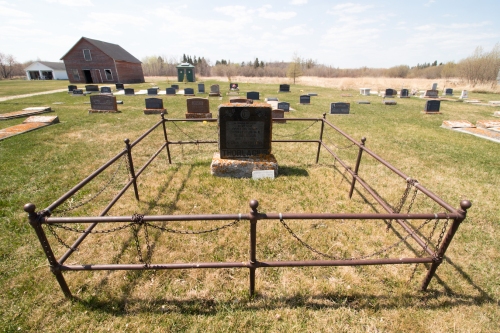 How’s this for toilet tranquility! Much cleaner inside this one too.

The first stop on my eastern Canadian roadtrip was this composting toilet at Hopewell Rocks, NB, the site of the world’s highest tide 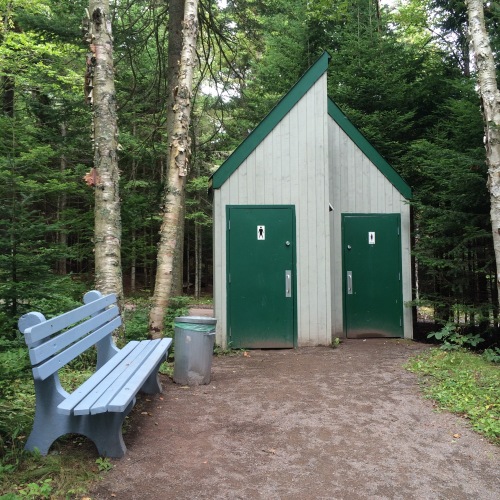 A hybrid composting toilet with a foot-powered flush at Barron Falls, not far from Kuranda in North Queensland.

The only running water out here is from the awesome waterfall: 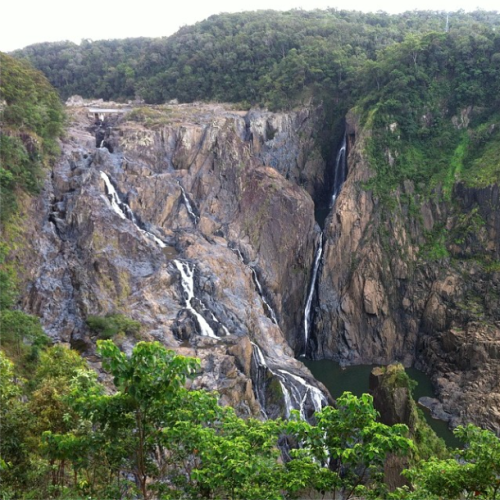 Country toilet at the end of a long gravel road

A composting country toilet at the end of the gravel road leading to the Glow Worm Tunnel, just north of Lithgow 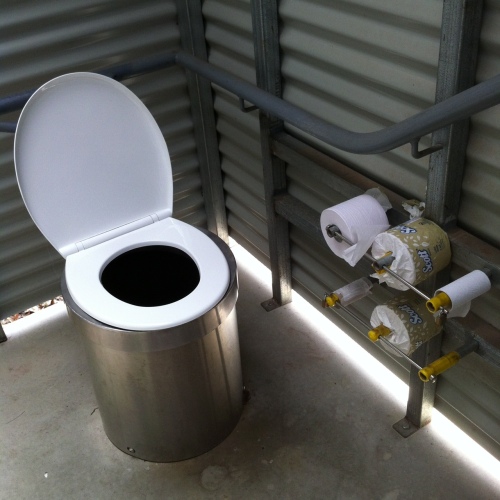