Before I left for Taiwan I had a great recommendation via Reddit to visit the abandoned Qianyue building (千越大樓) in downtown Taichung. Initially I wasn’t sure if I was going to make it there because it was 150km away from where I was staying in Tainan, but I knew I had to visit after scrolling through the incredible photos taken by Alexander Synaptic of Synapticism. I learnt it was a multi-level residential/commercial building constructed in the 70’s and heavily used in the two following decades, before a fire on the 7th floor led to its eventual abandonment. I’m fascinated by abandoned places and had my fingers crossed that there would be some old disused toilets among the ruins.

And so it was that my friend Vanessa and I hopped on a train to Taichung for a daytrip. It was only a short walk from the train station and I was surprised at how easily accessible the building was despite the level of disrepair it’s in today. Admittedly we were a little creeped out by the dark, dingy stairwells and decrepit, unusable rooms that branched out at every floor:

Eventually we made our way to the open, slightly less-sketchy rooftop, where along with a handful of other curious tourists & locals alike, we marvelled at the beautiful views of the city below and the once-grandiose UFO Tower: 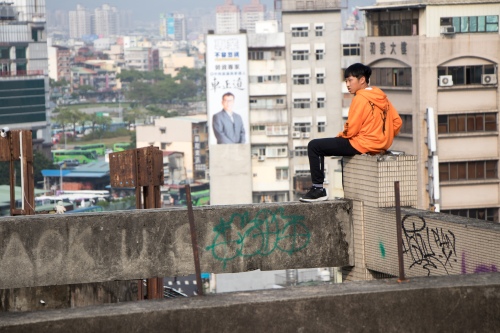 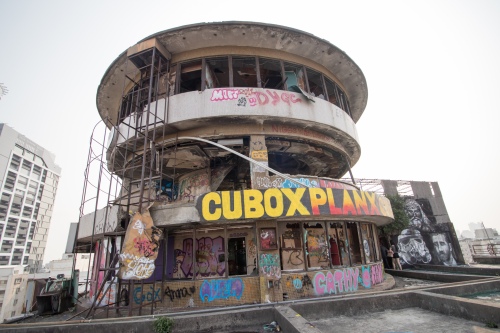 I walked into the lower floor of the tower which mostly likely once housed a bar or kitchen – and just off to the right was the pièce de résistance: the rooftop bathroom. The toilet was barely recognisable thanks to years of wear & tear but its badly broken base was still bolted in I couldn’t help but imagine how view from this loo would have looked back it its heyday. Surely this was once Taichung’s ultimate restroom? 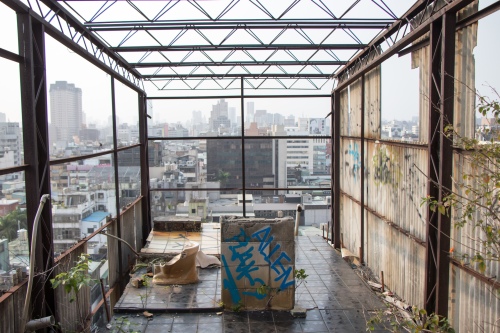 I explored the UFO Tower a little more (almost falling through a giant hole in the floor at the top of the staircase!) when I realised that just around the corner from the loo with the view, behind a rather menacing portrait of a Storm Trooper and friends, was a whole other family of abandoned thrones. It was pitch black inside this restroom but my camera flash brought to light some intact toilets which have stood the test of time. I certainly hoped they weren’t still in use. I can’t imagine the plumbing up here was in top shape, and I wasn’t game to try it out.

We stayed at the rooftop taking in the ambience for over an hour before we slowly made our way downstairs again. Lo and behold, about three floors below, adjacent to a weedy garden on a second, smaller rooftop, we stumbled across yet another lonely loo. He was missing his cistern and seat but the bowl was thankfully still in satisfactory condition:

And so concluded our incredible self-guided tour of the Qianyue building. In all my years of travel, I’d go as far as to put this building in my top 10 places I’ve ever seen. It may not be for everyone, but there’s something incredibly evocative about exploring abandoned sites like this. I can’t help but wonder how this building would have appeared 20 years ago at the peak of its commercial use and I’m equally fascinated at how its current state highlights underground culture so well.

Here are a few more non-toilet pics I took of this Taichung establishment: 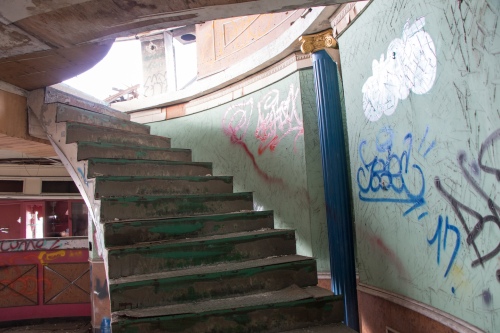 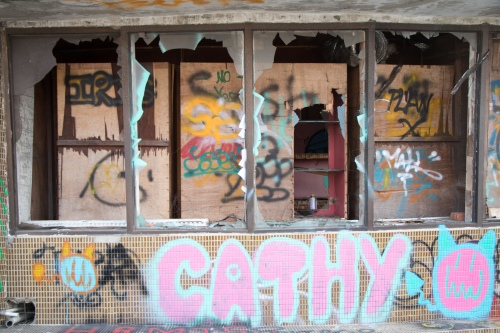 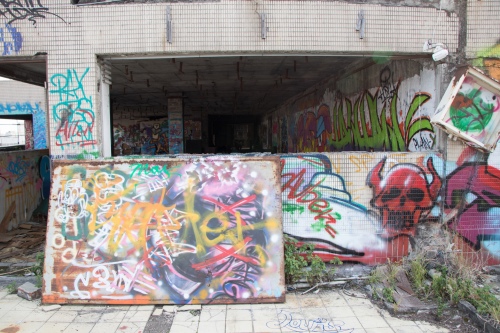