← The Tattooed Moose
Pink toilet at the Palace Hotel →

Heading towards the end of an epic night making new friends around the grand city of Charleston, I found myself at Cutty’s on St Philip Street. It was around 1 or 2 am at this stage, and I was told on good authority that this particular establishment was famous for being the dive bar in town to be seen drinking at.

Cutty’s had also been highly recommended to my by the kind people of Reddit for its washroom interior, and after a few sips of my Pabst I ventured inside to see just what the fuss was all about. Take a look at this: 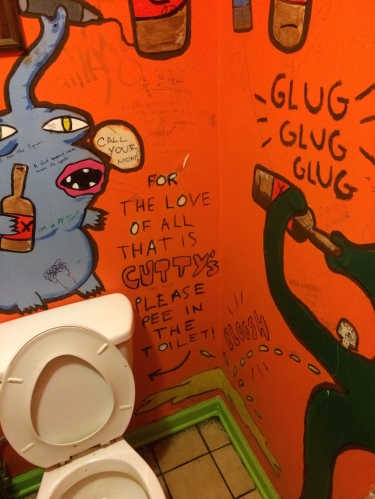 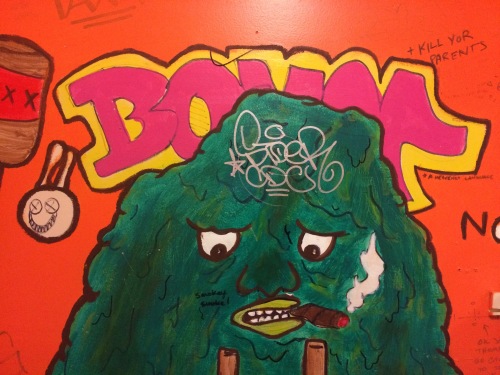 What a proverb – a shit leopard never loses its spots: 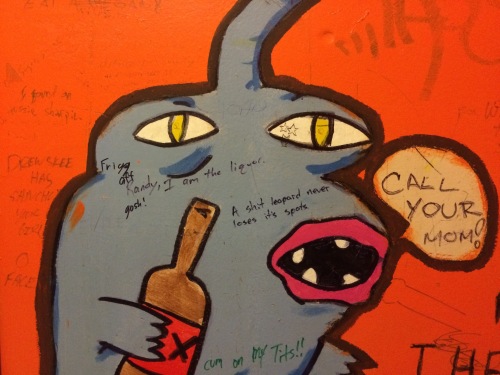 Here’s a riveting conversation on the Cutty’s wall about Taco Bell: 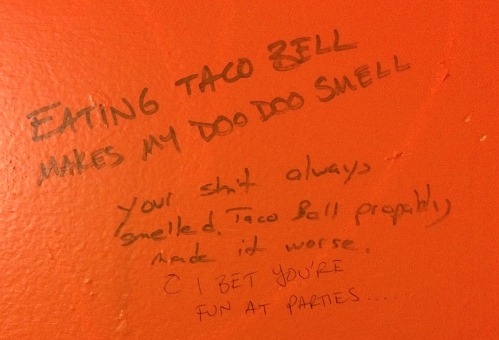 Occasionally the drunken scribble had a dark undertone to it:

All my dog wants to do is play. All I want to do is die.

I hope this guy is ok. 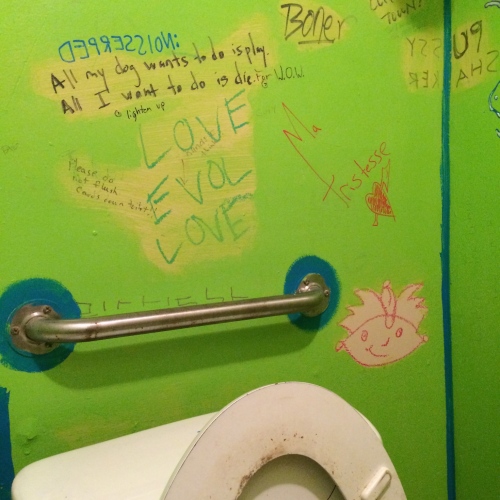 And finally, some internet advice for y’all: 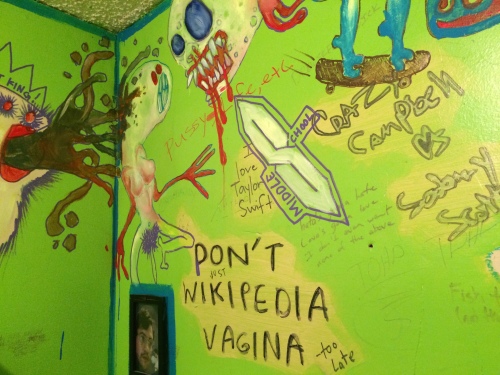 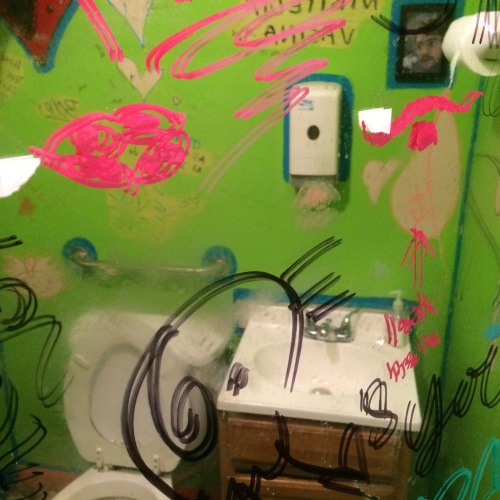